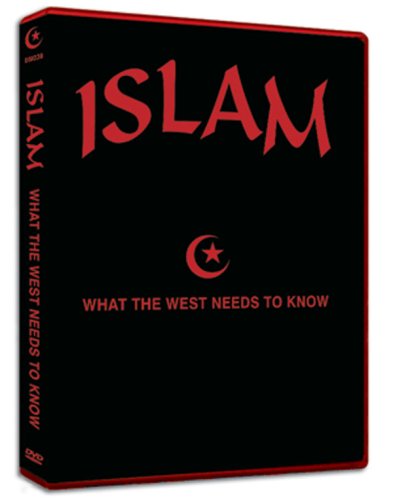 An examination of Islam, violence, and the fate of the non-Muslim world.

Virtually every major Western leader has over the past several years expressed the view that Islam is a peaceful religion and that those who commit violence in its name are fanatics who misinterpret its tenets. This claim, while widely circulated, rarely attracts serious public examination. Now, the question is finally being asked, "Is Islam itself violent?"

Through an examination of the Koran, other Islamic texts, and the example of the prophet Muhammad, this documentary establishes, through a sober and methodical presentation, that violence against non-Muslims is and has always been an integral aspect of Islam. "Jihad," while best translated as "struggle," as represented in the Koran and the life of Muhammad, means nothing less than organized warfare against unbelievers. Relying primarily on Islam's own sources, this documentary demonstrates that Islam is a violent, expansionary ideology that seeks the destruction or subjugation of other faiths, cultures, and systems of government."br""br"The documentary consists of original interviews, citations from Islamic texts, Islamic artwork, computer-animated maps, footage of Western leaders, and Islamic television broadcasts. Its tone is sober, methodical, and compelling."br""br"Features interviews with noted experts on Islam including Robert Spencer, Serge Trifkovic, Bat Ye'or, Abdullah Al-Araby, and former terrorist Walid Shoebat.

There was symbolism aplenty in the substitutions made by the home side at Camp Nou. There was also a heavy dose of reality for a struggling giant.

Man United have been tipped as winners of the Champions League this season, but defeat to Young Boys sent them back to the drawing board.

Gabriel Jesus' time at Man City could be coming to an end, with Juventus and Bayern showing interest in the Brazilian. Transfer Talk has the latest.

The Nets and Bucks could be battling for conference supremacy all season long. Our NBA Summer Forecast kicks off with records and standings predictions for every East team.

Here's how the Amazin's match up with the '98 Yankees, the curse-breaking Cubs, the Big Red Machine and others in baseball's divisional era.

How did the rookie starters look in Week 1? What did Trevor Lawrence, Zach Wilson and Mac Jones do well -- and not so well? Plus, when will Trey Lance and Justin Fields start?

The Manning bros arrived to the Monday Night Football scene like the true legends they are. Here are some of the highlights from the football master class turned story time paired with a hearty dose of sibling rivalry.